This book lays out the arguments for various authorships very objectively. Author’s analysis of some of the plays is way off base, but this is not a book you would read when doing research on ... Read full review

Bertram Fields is widely regarded as the most prominent entertainment lawyer in America. The author of Royal Blood, which was named Ricardian Book of the Year by the Ricardian Society, and two novels under a pseudonym, he lives in Los Angeles. 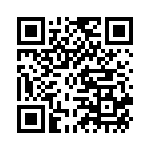