Page 23
Here Gay constructs a medley, linking phrases out of nine familiar melodies (
including one from Purcell's Bon- duca, Farinel's Ground, Carey's Sally, the
popular "Why are mine Eyes still flowing," and Chevy Chase and other ballad
tunes) and ...
Page 355
(which begins the line, "Smit with thy lays, we join'd the Sylvan throng" in an
anonymous panegyric of Pope), he says — twice over, indeed — that the phrase
"is obviously an echo of Milton's 'Smit with the love of sacred song' (PL, III, 29),"
and ...
Page 356
which begin "Smit with " a number of others beginning "And smit with ....," and yet
others where the phrase occurs elsewhere in the line. Whether Milton originated
the phrase or not, whether Pope borrowed it from him or not, are alike beside ... 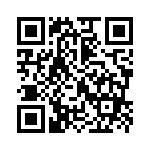