I enjoyed the tv series this book accompanies and looking for more detail read with increasing fascination first the chapters dealing with the places that moved me in the series and then the entire ... Read full review

One of the most sypathetic and deeply understanding views of modern and Russian history I have ever read. He conveys the Russians and the country vividly. His analysis of what is going on there is ... Read full review

Jonathan Dimbleby is a distinguished broadcaster and author, who has reported from Russia at pivotal moments in the country's recent history. He has written several bestselling books, including a biography of his father Richard Dimbleby, The Palestinians, The Prince of Wales and The Last Governor. For many years he has presented flagship political programmes for ITV, and he is well known as the presenter of BBC Radio 4's Any Questions. 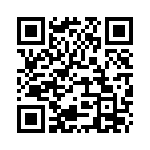