Colin Davis is Professor of French at Royal Holloway, University of London. His most recent books are After Poststructuralism: Reading, Stories and Theory (2004), Haunted Subjects: Deconstruction, Psychoanalysis and the Return of the Dead (2007), and Scenes of Love and Murder: Renoir, Film and Philosophy (2009). 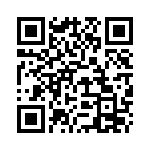