LIAM BURKE is the Cinema and Screen Studies Coordinator at Swinburne University of Technology in Melbourne, Australia, where he also teaches classes on comic books and cinema. He has written and edited a number of books including The Comic Book Film Adaptation (2015), Fan Phenomena Batman (2012), and Superhero Movies (2008).

IAN GORDON teaches cultural history and American Studies at the National University of Singapore, where he is the Head of the Department of History. His books include Superman: The Persistence of an American Icon (2017), Kid Comic Strips: A Genre Across Four Countries (2016), Comic Strips and Consumer Culture (1998), and the edited work Film and Comic Books (2007).

ANGELA NDALIANIS is Director of the Centre for Transformative Media Technologies at Swinburne University of Technology. The books she has written or edited include The Horror Sensorium: Media and the Senses (2012), Science Fiction Experiences (2010), The Contemporary Comic Book Superhero (2009), Super/Heroes: from Hercules to Superman (2007), and Neo-Baroque Aesthetics and Contemporary Entertainment (2004). 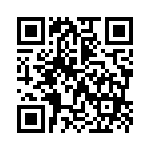