Arthur Just Jr. is dean of graduate studies and professor of exegetical theology at Concordia Seminary in Fort Wayne, Indiana. He is also the author of a two-volume exegetical commentary on Luke. 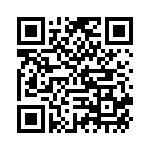