A thought provoking book that delves into the more practical aspects of philosophy and everyday matters in life. Philosophy encompass so much and so many complex thoughts and ideas it is often hard to ... Read full review

Extremely irritating, like being trapped with a first year philosophy student free-associating half digested philosophical truths at you. For a whole day. Read full review

Robert spent the first part of his career as a Prize Fellow of All Souls College, Oxford, and the second as a partner in a leading firm of management consultants.He has written for The Independent, been profiled in The Sunday Telegraph Magazine, contributed to books on philosophy for children, and broadcast for BBC Radio. Robert now divides his time between consulting, writing, and giving talks about the philosophy of life. He lives in London with his wife and has three daughters. 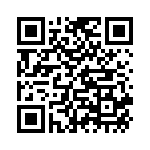