An interesting and well ordered look at the causes and consequences of the financial crisis from a mainstream but non New Keynesian approach. Its focus on the role of government agencies in the fostering of the housing boom alone makes it worthwhile. Read full review

Raghuram Rajan is the hands down co-winner of the best title for any economics book in recent years: Saving Capitalism from the Capitalists. It was also a very good book. Relative to this stellar ... Read full review

Raghuram G. Rajan is the Eric J. Gleacher Distinguished Service Professor of Finance at the University of Chicago Booth School of Business and former chief economist at the International Monetary Fund. He is the coauthor of Saving Capitalism from the Capitalists (Princeton). 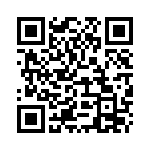