This book which talk about how to can build digital library and it is a good book and I can used it to find information in my report . It foces to provide library services by multimedia Read full review

How to Build a Digital Library

Although this somewhat technical work is aimed primarily at software developers who will be writing the programs to encompass digital information, the authors never lose sight of the importance of the ... Read full review

Ian H. Witten is a professor of computer science at the University of Waikato in New Zealand. He directs the New Zealand Digital Library research project. His research interests include information retrieval, machine learning, text compression, and programming by demonstration. He received an MA in Mathematics from Cambridge University, England; an MSc in Computer Science from the University of Calgary, Canada; and a PhD in Electrical Engineering from Essex University, England. He is a fellow of the ACM and of the Royal Society of New Zealand. He has published widely on digital libraries, machine learning, text compression, hypertext, speech synthesis and signal processing, and computer typography.

David Bainbridge is a senior lecturer in Computer Science at the University of Waikato, New Zealand. He holds a PhD in Optical Music Recognition from the University of Canterbury, New Zealand where he studied as a Commonwealth Scholar. Since moving to Waikato in 1996 he has continued to broadened his interest in digital media, while retaining a particular emphasis on music. An active member of the New Zealand Digital Library project, he manages the group's digital music library, Meldex, and has collaborated with several United Nations Agencies, the BBC and various public libraries. David has also worked as a research engineer for Thorn EMI in the area of photo-realistic imaging and graduated from the University of Edinburgh in 1991 as the class medalist in Computer Science.

Is a senior lecturer, specializes in the areas of human-computer interaction, open source software and digital library education. 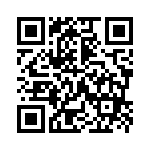