Dr Peter Latham is a sociologist whose thesis on Theories of the Labour Movement in the 1970s used Antonio Gramsci’s concept of the organic working-class intellectual to explain 20th-century rank-and-file movements in the British building industry. From 1999 to 2006 he was Treasurer and then Secretary of the Labour Campaign for Open Local Government. He is a member of the Communist Party of Britain's Economic Committee and the Labour Land Campaign and is a delegate to Croydon Trades Union Council. 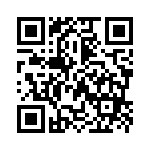