ABOVE THE CLOUDS: The Diaries of a High-Altitude Mountaineer

Mountaineer Boukreev (The Climb, 1997), who died in an avalanche on Annapurna in 1997, gives a glimpse of his heart-pounding expeditions in this unadorned collection of his climbing journals and ... Read full review

Above the clouds: the diaries of a high-altitude mountaineer

Readers familiar with the 1996 Everest disaster will likely remember Boukreev as the Russian climber vilified by Jon Krakauer in Into Thin Air (LJ 4/1/97). Boukreev responded later that year with his ... Read full review

Anatoli Boukreev was (with G. Weston DeWalt) coauthor of The Climb and a world-renowned high-altitude mountaineer. Twenty-one times he reached the summit of the world's highest mountains. For his heroic actions on Mount Everest in May 1996, he was awarded the American Alpine Club's highest honor, the David A. Sowles Memorial Award.

Linda Wylie was Anatoli Boukreev's companion and is now executor of his estate. 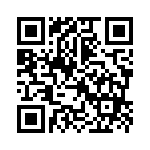