Page 172
My travel took me to a distant island of the Greek Archipelago , called Sikinos , last winter , an island only to be reached by a sailing boat , and here , in quarters of the humblest nature , I was storm - stayed for five long days .
Page 390
Light hazel , clay colour , red , dull brown , cannot properly be called orange ; but the divi . sion requires the five supposed varieties of the dark pigmented eye to be grouped under one name , and because there is yellow pigment in ...
Page 463
Mary Fleming - Marie Flemyng , as she signed herself , or Flamy , as she was called in the Queen's broken English - was the fourth daughter of Malcolm third Lord Fleming . Her mother , Janet Stuart , was a natural daughter of King James ... 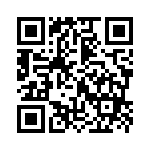