Chad Orzel was born and raised in central New York, and received a degree in physics from Williams College, and his Ph.D. in chemical physics from the University of Maryland. He is now a professor in the Department of Physics and Astronomy at Union College in Schenectady, New York. He lives near campus with his wife Kate, their daughter, and, of course, Emmy, the Queen of Niskayuna. 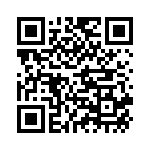