A prolific chronicler of India, Allen (Kipling Sahib: India and the Making of Rudyard Kipling, 2009, etc.) shows just how addictive the country can be.The author's delight is obvious as he ... Read full review

Charles Allen is the author of a number of bestselling books about India and the colonial experience elsewhere. He is a traveller, historian and master storyteller. 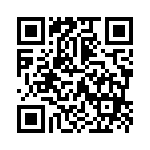