I write books about magic, mystery, myths and legends, and they're action packed!

My YA series, Rise of the King (previously called Tom's Arthurian Legacy), is about a teen called Tom and his discovery that he is a descendant of King Arthur. It's a fun-filled clean read with a new twist on the Arthurian tales.

I've got loads of ideas for future books in both series, including spin-offs, novellas and short-stories, so if you'd like to be kept up to date, subscribe to my newsletter. You'll get free short stories, free character sheets, and other fun stuff. Interested? Subscribe at tjgreen.nz

When I'm not writing -

I was born in England, in the Black Country, but moved to New Zealand 14 years ago. England's great, but I'm over the traffic! I now live near Wellington with my partner Jase and my cats Sacha and Leia. When I'm not busy writing I read lots, indulge in gardening and shopping, and I love yoga.

In a previous life I was a singer in a band, and used to do some acting with a theatre company. On occasions a few of my friends and I make short films, which begs the question, where are the book trailers? I'm thinking on it ...

For more on me, check out a couple of my blog posts. I'm an old grunge queen, so you can read about my love of that on my website - tjgreen.nz. 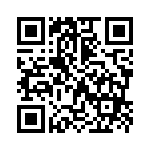