Stephen Marshak is a Professor Emeritus of Geology at the University of Illinois, Urbana-Champaign, where he taught for 35 years. During this time, he also served as Head of the Department of Geology and as Director of the School of Earth, Society, & Environment. Steve holds an A.B. from Cornell University, an M.S. from the University of Arizona, and a Ph.D. from Columbia University, all in geology. His research interests in structural geology and tectonics have taken him in the field on several continents. Steve, a Fellow of the Geological Society of America, has won the highest teaching awards at both the college and campus levels at the University of Illinois, and has also received a Neil Miner Award from the National Association of Geoscience Teachers for "exceptional contributions to the stimulation of interest in the Earth Sciences." His other books include Essentials of Geology, Earth Science, Natural Disasters, Laboratory Manual for Introductory Geology, Laboratory Manual for Earth Science, Earth Structure: An Introduction to Structural Geology and Tectonics, and Basic Methods of Structural Geology. 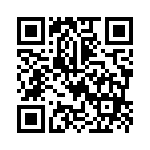