Page 91
'Saketa'. It is not that Kalidasa did not know or did not use this proper noun,
Saketa. In Raghuvam&a itself he has made reference to it, four times. It is
important to know what territorial significance the name, Saketa, had for him. The
point is ...
Page 92
That by Saketa, a Janapada was meant in Kalidasa's time, is proved by the
following verse as restored by Pargiter,* occurring in some manuscripts —
Anuagflg3 Trayagaih&ca Saketam MagadhSmstatha. Eton Janapadan Sarv&n
bhoksyafUe, ...
Page 93
Not only has he given, in canto 16 of Raghuvam&a, a detailed picture of Ayodhya
city, he h s drawn a distinction between Ayodhya and the adjoining belt of land
forming part of the Saketa Janapada. Earlier, in canto 9, he mentioned the ... 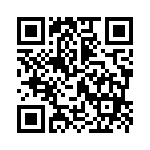