This is an easy read with an engagingly retro naughty-but-nice fan dance of literary and mythological references which, coyly stopping short of revealing what all the fuss is about, also prohibits- like the bed-trick itself- any sort of legitimate conception.
The great paradox of lust is that it cheats itself of its object precisely by its self-calcifying pursuit of it. Love, on the other hand, exists by an inter-change of identities. There is an old joke in the Rg Veda- the honeymoon couple are woken up by the clanging of the watch-man's alarm- thieves are abroad in the village. Quickly, the young couple rise and, in darkness, dress themselves. However, by accident, the bride puts on the groom's clothes and vice versa. Once they have emerged from the house, they see- by the light of the villagers' flambeaus- their own costume. The bride, thinking herself to be the groom, pushes herself forward in manly fashion crying out for sword and horse. The groom, glimpsing his flowery attire, thinking himself the bride, shrinks back with a fainting cry.
Actually, the villagers had arranged the whole thing as a prank.
The poetic idea here is that, in love, the two lovers loose their socially constructed identities, they exchange their very selves.
Prof. Doniger, however, would see this cute little Vedic jeu d' esprit in a very different- hilariously 1960's- way, mixing naive anthropology-as-magic with a crude Feminist gender essentialism uneasily co-existing with a recursive, Cybernetic, notion of Identity as a Social Construct.
This doesn't really get anyone anywhere.
But there will always be a market for books by Academics- at least, in fields not germane to our own proper interest- that flatter our intelligence while, for the duration of our reading, relieving us of the necessity to think- indeed, permitting us to forget that thought is necessary to life.
In Indian hermeneutics, apoorvata- novelty, something paradigm changing- is a necessary condition for meaning.
It is here, not in point of spriteliness of style or irreverence of approach, that Prof. Doniger disappoints.
Or perhaps, I should say, runs true to form. Mircea Eliade, too, Gandhian Nazi, sham Scholar, sham Shaman and vaunted exegete of his own coprolalia- buggered by his own bedtrick, his successor might say- was quite unintentionally hilarious.

Wendy Doniger is the Mircea Eliade Professor of the History of Religions in the Divinity School and a professor in the Department of South Asian Languages and Civilizations and the Committee on Social Thought at the University of Chicago. Her most recent books are The Implied Spider: Politics and Theology in Myth and Splitting the Difference: Gender and Myth in Ancient Greece and India, the latter published by the University of Chicago Press. 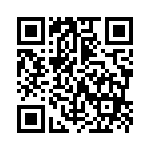