Biographies are my favorite and Steven Watt's bio on Henry Ford is one of my favorites. This book delves into not only what this man accomplished in his life but also the character that drove him ... Read full review

THE PEOPLE'S TYCOON: Henry Ford and the American Century

Hailed in Nazi Germany and Soviet Russia, Henry Ford was "an American icon"—and, argues historian Watts, the principal architect of American consumer culture.Born on a Michigan farm in 1863, Ford did ... Read full review

Steven Watts is a historian and writer who has charted the sweeping evolution of American culture in a number of highly-praised books. His series of biographies of major figures—Henry Ford, Dale Carnegie, Walt Disney, Hugh Hefner—has explored the shaping of a modern value-system devoted to consumerism, self-fulfillment, leisure, and personality. Two earlier books on the Early Republic era examined the shift from an older society of republican virtue to a 19th-century Victorian era devoted to self-control, individual character, and the self-made man.

Watts’ books have led to involvement in a number of media projects, including several films for PBS, the History Channel, and documentary venues in Germany and Brazil. He also has appeared in a variety of programs on CBS, NBC, CNBC, NPR, Fox, Fox News, C-Span, Bloomberg News, MSNBC, BBC, and Irish National Radio. He is currently a professor of history at the University of Missouri. 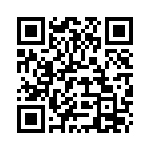