Ramesh Menon is a journalist with thirty-six years of experience in print, television and new media. He began his career with the Times of India as a reporter based in Ahmedabad in 1978. He was later India Today's correspondent in Gujarat until 1987 and, among other things, extensively reported on the state's frequent and long periods of rioting. As an Associate Editor at the magazine, he moved from Gujarat to the Northeast, Kerala and New Delhi. He has since been Executive Producer at Business India Television and TV Today, Roving Editor at rediff.com and a columnist with DNA. As a freelance journalist, he won the prestigious Ramnath Goenka Award for Excellence in Journalism in 2005 for a report on how the overuse of pesticides was turning Punjab into a poison field. He is presently Managing Editor of India Legal, the country's first politico-legal magazine. He is also an educator, filmmaker, corporate trainer and author. His earlier books were Caste and Communal Timebomb (1985) on the caste and communal violence in Gujarat; Whatever the Odds: The Incredible Story behind DLF (2011); Night Sparkle: Fascinating Stories of Indian Lighthouses (2013) and Carbon Footprint: Reducing It for a Better Tomorrow (2014). He lives in Noida with his wife Geeta. Their son Vijay works in Dubai. 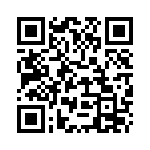