The author's purpose in this exhaustive study is to present Dewey's life and thought "from the perspective of its religious meaning and value,'' an aspect never previously fully explored. Rockefeller ... Read full review

Tahar Ben Jelloun, winner of the 1994 Prix Maghreb and of the 1987 Goncourt Prize for his novel La Nuit sacrée (The sacred night), has published ten novels, four books of poetry, and three works of nonfiction. His books have been widely translated and include three novels in English: Silent Day in Tangiers, Corruption, and The Sand Child. His recent Racism Explained to My Daughter has been translated into fifteen languages and has sold more than 300,000 copies.Barabara Bray lives in Paris where she is a writer, critic, and translator. She has translated many books, including The Lover by Marguerite Duras, Jacques Lacan by Elisabeth Roudinesco (Columbia, 1997), as well as three of Julia Kristeva's novels: Possessions, The Old Man and the Wolves, and The Samurai (all published by Columbia). 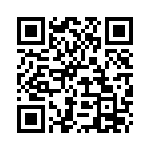