The shade of swords: Jihad and the conflict between Islam and Christianity

In this history of jihad over the last 14 centuries, Indian journalist Akbar (India: The Siege Within) uses his eye for anecdote and skillful sense of narrative flow to keep the recitation of names ... Read full review

M.J. Akbar, Founder and Editor-in-Chief of The Asian Age, a multi-edition daily newspaper; and the Deccan Chronicle is a leading journalist and author. After successfully launching and establishing a weekly newsmagazine, Sunday, and a daily newspaper, The Telegraph, in the '70s and '80s, he briefly interrupted his career in journalism to enter politics in November 1989 as an elected representative in Parliament. He returned to writing and editing in 1993. He is the author of Blood Brothers, Nehru: The Making of a Nation, Kashmir: Behind the Vale, India: The Siege Within, Riot After Riot and Byline. 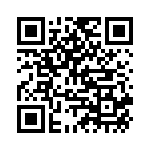