WILD BLUE: A Natural History of the World's Largest Animal

Dan Bortolotti has published seven books of nonfiction, including Hope in Hell: Inside the World of Doctors Without Borders, and has twice been nominated for the Science in Society Book Award, given by the Canadian Science Writers' Association. His writing has appeared in more than two dozen magazines in North America. He lives with his family just outside of Toronto. 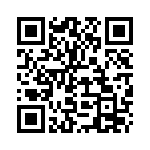