Page 159
1808 ) Dr. Middleton , indeed , seems to think that little analogy , or resemblance , prevails between the Greek and the modern languages , with respect to the use of the article ; and that such arguments as have been founded by Dr.
Page 165
So far is this from being true , that in some cases it would be false Greek not to deviate from such a rule ; if that is to be deemed false Greek , as it unquestionably is , and false in every other language too , which does not express ...
Page 269
Hence arises a vast number of predicates which want the article , at least in Greek , where we have no article but the definite . Another reason may be assigned for the predicate being without the article , which , though somewhat ... 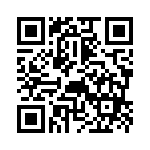