Page 342
Of eighteen weekly papers which appeared in 1829 , eight have ceased to exist , among them being the Age , which terminated its existence in 1843. Our author justly says , that “ nothing is more praiseworthy as regards the English ...
Page 406
So that , M. de Rémusat confesses , for his part , one might be almost tempted to deny the ancient leech's very existence , amid such a chaos of uncertainties and cona tradictions , just as Wolf has denied the existence of Homer ...
Page 417
In Europe , the newspaper , which satisfies an intellectual want , has got before the advertisements ; in America , the paper looks for its existence to advertisements , and it becomes a mere mercantile speculation . 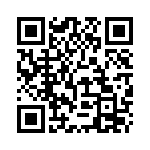