Page 237
... licentious dissipation ; and all his schemes appeared directed to that end . The
sciences he treated with neglect ; and even the fine arts , which he encouraged ,
were only designed to mollify and subdue che independent spirit of the Swedes ...
Page 418
the poor , deprived of all spirit and ambition , have sunk into such de pendance
on the parish , that their poverty has kept pace with the errors of the system ; and
has arrived at such a pitch , that if some effective cure be not devised , very ...
Page 535
L'Esprit de L'Histoire , & c ; i.e. The Spirit of His tory , or Letters Political and Moral
, from a Father to his Son , on the Manner of studying History in general , and that
of France in particular . By ANTOINE FERRAND , late a Magistraté . 4 Vols . 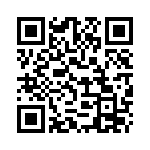