Need to be more update

Page 7 - ... a complex web of beliefs, symbols, modes of interaction, values, and ideologies that have emerged in opposition to exclusion from mainstream society. . . . [It] is not a coherent, conscious universe of political opposition but, rather, a spontaneous set of rebellious practices that in the long term have emerged as an oppositional style.
Appears in 7 books from 1998-2008
Page xiv - Indonesia thanks to grants from the Netherlands Foundation for the Advancement of Tropical Research (WOTRO).
Appears in 27 books from 1883-2004

Oskar Verkaaik is Assistant Professor at the Research Center for Religion and Society, University of Amsterdam, and head of the branch office of the International Institute for Asian Studies. He is the author of A People of Migrants and a popular book in Dutch based on his experiences in Pakistan. 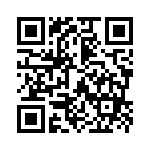