Page 1
Aa Annular Eclipse of the Sun , January 22 , invisible in the United Stages of vis .
ible in South America , the South Atlantic Ocean , South Africa and the Ibdian
Oceaa . II . An Annular Eclipse of the Sun , July 19 , invisible in America .
Page 1
Tho central path of the eclipse begins near the Ladrone Islands , curves
southward till it almost touches the Equator , and then runs in a Dortheasterly
direction , passing south of Honolulu , and reaching the Pacific coast of the
United States ...
Page 33
650,000,000 Demanded by the Solid South . Price cente , or $ 1 per bundred . In
Dew form folded sheet , No. 44. - The Cipher Dispatches . The Florida , South
Carolina and Oregon secret telegrams , with the keys that translate them . Price ,
5 ... 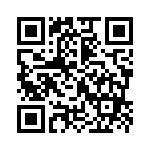