Page 16
The various Local Governments were Bombay and Bengal , the United Provinces
the primarily responsible for of Agra and Oudh , the Punjab , Bihar and of law and
order , and for the administration preservation Orissa , the Central Provinces ...
Page 17
4 provinces in general of individual provinces ; , parative exiguousness and
inelasticity of its own but the rules under the Act provide specifically revenues ,
having been exempted from this contri . for the exercise of this right in ceratin
specified ...
Page 748
United Provinces , Punjab , Bengal , Central Provinces and Berar , Burma , Bihar
and Separate Revenue ( Salt , Excise , & c . ... Acts of the Imperial and Provincial
Legis- Stamp Department Report for each Province . lative Councils . 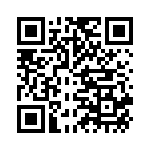