Page 305
Diplomatic relations were established with Argentina ( February ) , Australia (
December ) , Cyprus ( January ) , Greece ( June ) , Guyana ( June ) , Western
Germany ( October ) , Japan ( September ) , Jamaica ( November ) , Luxembourg
...
Page 484
As mentioned earlier in this chapter , British merchandise trade was adversely
affected in the first quarter by the January - February coal industry strike and the
restrictions on the use of electric power that this caused . The average of exports
at ...
Page 534
CHRONICLE OF PRINCIPAL EVENTS IN 1972 JANUARY 1 USA announced
agreement , reached 31 December 1971 , for resumption of supply of jet fighters
to Israel . 5 Soviet dissident , Vladimir Bukovsky , sentenced in Moscow to 12
years ... 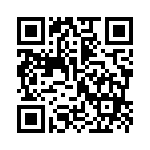