Bought the book but could not open it to read. Please fix it.

I suggest the new concept of data base management system by Mr.Haldar, as SQLite implementation in advance data structure design and it has potential support in terms of usability. In recent time huge data structure like Cloud Data and data bases from social media and extraction of knowledge is difficult. Here a modern database system having valuable input in petabyte types database and usability potential also very effective in term of profitability of business.
This book having structural guidelines for every scale of database and their functional area where SQLite can give valuable support for extraction and designing comprehensive data model.

Sibsankar Haldar obtained his B.E. in electrical engineering from the Bengal Engineering College (later renamed to Bengal Engineering and Science University and now to Indian Institute of Engineering Science and Technology), Shibpur, Howrah in 1984. He went on to receive his M.Tech. in computer science and engineering from the Indian Institute of Technology, Kanpur in 1986, and Ph.D. in computer science from the Indian Institute of Science, Bangalore in 1990. From 1987 to 1990, he also served as a scientific officer in the Department of Computer Science and Automation where he taught courses in programming languages, databases, and operating systems.  As an academic, he was for many years, affiliated with several prominent institutes such as the Memorial University of Newfoundland, Canada; Utrecht University and Centrum Wiskunde & Informatica, the Netherlands; Ecole Polytechnic, France; Tata Institute of Fundamental Research, Mumbai; and Indian Statistical Institute, Kolkata. In 1997, Dr Haldar shifted to the industry to work with Axes Technologies, Bangalore.  He also worked with various organizations like Nortel Networks, Canada; Lucent Technologies Bell Laboratories, USA; Timesten (now a part of Oracle), USA; Nucleodyne, USA; and Motorola (later Motorola Mobility) before joining Oracle in 2012. Even though he has extensive research experience in theoretical computer science and software development, his work is focused on distributed computing, operating systems, and database systems. He has co-authored three US patents, authored an eBook on embedded database technology, Inside SQLite, co-authored a textbook on operating systems, and also published several research papers in leading journals such as the Journal of the Association for Computing Machinery (JACM).

Dr. Haldar is a co-founder of Basic Foundation, a Bengali-medium kindergarten and elementary school at Madhyamgram, Kolkata, India. The school, established in 2003, aims to groom future leaders by imparting quality education and to inculcate basics of self-management skills in students during their formative years. He is also a non-resident adviser to the school. 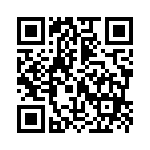