A charming little book about the beauty of science, and offering practical advice and eager philosophizing to people who are interested in it. It is most likely intended for people younger than university students, and would be of most use for them. Still, not a bad book by any means. Read full review

Peter Medawar was born as a British citizen in Rio de Janeiro, Brazil. His mother was British and his father was Lebanese. He graduated from Oxford University in 1939 with a degree in zoology. Medawar taught at the University of Birmingham, England, and University College, London, before becoming the director of the National Institute for Medical Research in Great Britain. He then became head of the division of surgical science at the Clinical Research Centre, as well as professor of experimental medicine at the Royal Institution. A co-winner of the Nobel Prize in physiology and medicine (with Macfarlane Burnet) in 1960, Medawar focused his research mainly on tissue compatibility and the immune system. Although known as a scholar, administrator, and one of the world's great immunologists, he is equally famous for his popularizations of science. 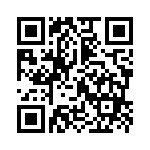