"Complex Quantities and their use in Electrical Engineering", by Charles Proteus Steinmetz, in Proceedings of the International Electrical Congress, 1893
All students of electrical engineering are taught a method of calculation for alternating current circuits, commonly known as the “phasor method”. My initial reaction in freshman electrical engineering class was as if the phasor were sent on stun: what has suddenly happened to transform the problem from the time domain into the frequency domain? I eventually figured it out, but my career veered off in another direction and I soon forgot how to use the transformation.
Modern presentations often begin with Euler's formula, e^jωt = cos(ωt) + jsin(ωt), and then derive the phasor method from the formula. Elegant though that is, it is not always helpful to college freshmen, and probably would have been confusing even to some 19th century engineers. While Steinmetz as a mathematician would certainly have known Euler's formula and may have used it as the starting point for his own technique, he doesn't mention it anywhere in his article. Overall, I found Steinmetz's derivation more helpful, though a modern version along the same lines would need to mention Euler's formula at least as an often convenient shorthand notation.
Since this method was invented by Steinmetz (though perhaps independently by others as well), what better place to begin reviewing the subject than his fundamental paper from 1893?
Steinmetz's presentation differs from others that I have seen. He starts with a graph in polar coordinates of the instantaneous amplitude and phase angle of a sine wave, and observes that the vector from the origin to any point on the graph can be represented in Cartesian coordinates by a pair of numbers a and b. Two or more such vectors can now be added or subtracted algebraically, which is much more convenient for hand calculations than vector addition by the parallelogram method in polar coordinates.
At this point, Steinmetz rather slyly introduces the letter j merely as a symbol to denote the vertical component of the vector for convenience in calculation, so that the Cartesian coordinates [a,b] can be represented as a + jb.
Of course, it turns out that j must be the “imaginary” square root of -1 (more commonly known today as i), so a + jb can be treated as a complex number. For transformation back to polar coordinates, the amplitude is c = sqrt(a2 + b2) and the phase is the arctangent of a/b.
After a brief review of complex algebra, the balance of the paper is devoted to the analysis of practical circuits containing lumped or distributed impedances. All of these address problems in the production, transmission, or use of electric power. The first, for example, shows how to calculate the loading capacitance needed to eliminate voltage drop due to power line inductance. Others go on to treat the calculation of various sources of power loss and ways in which they may be minimized or eliminated.
Today the use of this method is familiar in contexts ranging from power distribution to the design of electronic circuits. Allowing for a few differences in terminology and notation, this paper by Steinmetz is still useful today as an introduction or a review. 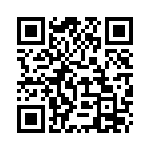