William Shakespeare is the world's greatest ever playwright. Born in 1564, he split his time between Stratford-upon-Avon and London, where he worked as a playwright, poet and actor. In 1582 he married Anne Hathaway. Shakespeare died in 1616 at the age of fifty-two, leaving three children—Susanna, Hamnet and Judith. The rest is silence. 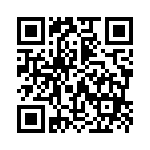