Larry A. Hickman is Director of the Center for Dewey Studies and Professor of Philosophy at Southern Illinois University at Carbondale. He is the author of Modern Theories of Higher Level Predicates: Second Intentions in the Neuzeit and John Dewey's Pragmatic Technology, and editor of Technology as a Human Affair. 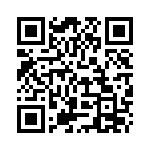