Amritanshu Prasad is a Professor of Mathematics at the Institute of Mathematical Sciences (IMSc), Chennai. Before joining IMSc in 2003, he was a CRM-CICMA fellow at the Centre de Recherche Mathématiques, a Canadian centre for research in the fundamental sciences located at the Université de Montréal. He has held visiting positions at the Max Planck Institute for Mathematics in Bonn and the Institut des Hautes Études Scientifiques in Bur-sur-Yvette, near Paris. He has been an Associate of the Indian Academy of Sciences (2005-2010) and is a winner of the Young Scientist Medal of the Indian National Science Academy (2010). He completed his PhD under the supervision of Robert E. Kottwitz at the University of Chicago (2001). He holds a Masters degree from the University of Chicago (1996) and a Bachelor's degree in Statistics from the Indian Statistical Institute, Kolkata (1995). He has taught undergraduate and graduate students in the United States, Canada, and India. His mathematical interests include representation theory, number theory, harmonic analysis and combinatorics. 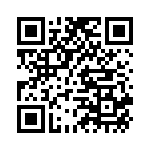