Page 57
... that it would be SIR , — The translation which I inclose was made called a
family visit ; the house seemed really dangerous to go into such an asyfrom the
French by an ingenions and excellent Lady I then altered in appearance then
altered ...
Page 143
When the young man ' s name was fellow in tattered cloaths passing by , he
asked morning . My young friend , however , felt called , a shudder seemed to
pass over his them , if they thought him worse than that somewhat less than
comfortable ...
Page 249
He carried under his arm a New Testament , in If addressed upon any common
topic of conversa - the Syriac language , with which he seemed highly THE mind
of man is a theme which has long en - tion , he replies with the hesitation of a ...
Page 275
... a zealous divine caine what of horror ; they seemed to loathe , and yet by
several passers by ; they further deposed , that with him , and we joined together
in the sincerest | longed to glut themselves with the spectacle : hearing a voice
crying ...
Page 299
And cedar spired o ' er cedar , pile o ' er pile I can ' t , in sober truth , say I admire
Of broken crags darkening the mountain ' s side , Such names as Wellborn ,
Sadboy , Brisk , at all ; Seemed like dim spirits from their clouds to smile , We ' re
...
Next » 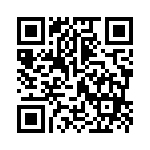