Good Introduction to Your Higher Self

This book helps you understand that when your conscious self is confused and frustrated your higher self sees all knows all and can help you sort out any problem. The author doesnt talk in vague terms she actually tells you how to communicate with your higher self with an actual script! Read full review

I purchased this book on a friends recommendation. I have only begun to read it but find it to be helpful in dealing with our inner emotions. We all have them. I think it will be very enlightening. Read full review

Karol K. Truman is a practicing therapist and Spiritual healer. She is dedicated to assisting people achieve emotional and spiritual well-being through resolving and healing their “core issues.” In her book, Feelings Buried Alive Never Die...(over 150,000 copies sold), she addresses the importance of resolving “buried” feelings, and introduces the concept of “Scripting.”

Mrs. Truman is an accomplished pianist and music instructor, having taught piano—until she started writing books—since she was a young teenager.

Thirty-eight years ago, the author started asking the question, “WHY?” She began searching for the cause of a particular health challenge. This first led her to an in-depth study of nutrition and weight control. Karol was later made aware of the importance of exercise and the role it plays in our well-being. This resulted in her, her husband and partners pioneering the mini-trampoline industry; manufacturing and distributing them world-wide. The subject of her first book addresses the benefits of rebound exercise. This book, Looking Good Feeling Great, was published in 1983.

Eventually, however, it became apparent to Karol that physical health was inextricably linked to emotional and even spiritual health. Recognizing this, Ms. Truman bacame involved in the ever-deepening study of the Laws of Cause and Effect—the principles that govern trans-formational healing and growth. Along with extensive and exhaustive research and study, she has also participated in numerous conferences, classes, seminars and workshops.

FEELINGS BURIED ALIVE NEVER DIE...is a partial compilation of the answers she found to the “WHYS.”

In her most recent book, Healing Feelings...FromYour Heart, Karol shares the wealth of knowledge and experience gained from her Feelings...Seminars, and from the thousands of individuals she has counseled since publication of Feelings Buried Alive Never Die.... 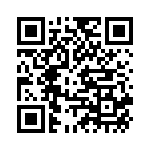