This scholarly but extremely readable book documents the historical and textual role of the feminine in Islamic spirituality. Schimmel does a great job of handling Quranic texts as well as folk poetry ... Read full review

Annemarie Schimmel was for many years a Professor of Indo-Muslim Culture at Harvard University and before that Professor of Islamic Studies at Ankara and Bonn. In 1995, she was the recipient of the Peace Prize of the German Book Trade. 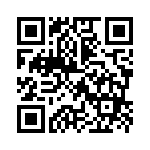