Page 65
From the Officers of the Zeerop we gained intelligence that the Maria , a Dutch
frigate , was laying in the roads , manned from the shore , being aware of our
approach . A short time after I observed her , and likewise the William sloop of
war ...
Page 193
Commissioners of the Admiralty , two letters which I have received from Captain
Stewart , of His Majesty's ship the Seahorse , dated the 6th and 8th of July , giving
the account of his having fallen in with a large Turkish frigate and corvette on ...
Page 232
... four gun - ship , captured by the squadron under Sir S. Hood off Rogerswick ,
180 ; list of the killed , wounded , and missing of the , 185 . Seville , Supreme
Council of , nominate Commissioners , and apply for passports and a frigate to ... 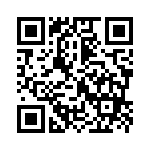