Page 57
Islands . In the Arctic Ocean the islands are numerous and large , Greenland ,
almost continental in area , being the largest of them . West of Greenland , across
Smith Sound , is the great extent of Grinnell Land , and south of this island are ...
Page 58
The general term " Australia " includes the smaller Island Tasmania , 150 miles
south of the continent , but does not include British New Guinea , which is
practically under the direction of the Commonwealth of Australia . Boundaries .
Page 603
Luis Munoz Rivera The island of Porto Rico , thitherto & Spanish colony , was
formally ceded to tho United States under the Treaty of Paris of December 10 ,
1898 . A civil government was established on May 1 , 1900 . On July 25 , 1901 , it
... 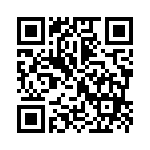