Page 14
The results revealed a detrimental effect, relative to control subjects, for children
in the no-instruction and ... then, suggest the importance of perceptions of
instrumentality in the production of detrimental effects on later interest through the
use ...
Page 20
On the one hand, it has been suggested that detrimental effects of rewards will
only occur under conditions in which the "reward" used is not an objectively
effective "reinforcer" (i.e., an event that will increase the probability of the
response it ...
Page 276
In summarizing the results of 80 studies on the effects of desegregation on
prejudice, self-esteem, and achievement, one of us recently wrote: It is tentatively
concluded that (a) desegregation generally does not reduce the prejudices of
whites ...

Sharon S. Brehm is Professor of Psychology at Indiana University in Bloomington. Born and raised in Roanoke, Virginia, she received a B.A. and a Ph.D in Psychology from Duke University, an A.M. from Harvard University, and completed a clinical psychology internship at the University of Washington Medical Center. After 15 years on the psychology faculty at the University of Kansas, she served as Dean of the Harper College of Arts and Sciences at SUNY Binghamton, Provost at Ohio University, and Chancellor of the Indiana University Bloomington campus. She was an Intra-University Professor at the University of Kansas, a Fulbright Senior Research Scholar at the Ecole des Hautes Etudes en Sciences Sociales, and a visiting professor in Germany and Italy. Her books include The Application of Social Psychology to Clinical Practice, a recognized classic in the field, and Intimate Relationships, a highly regarded textbook. Her current research interests involve psychology of women and organizational behavior.

Saul Kassin" is Professor of Psychology at Williams College in Williamstown, Massachusetts. Born and raised in New York City, he graduated with a B.S. from Brooklyn College in 1974. He received his Ph.D. in personality and social psychology from the University of Connecticut in 1978. He then spent one year at the University of Kansas and two at Purdue University. He was awarded a prestigious U.S. Supreme Court Judicial Fellowship in Washington, DC, and then worked as a postdoctoral fellow in the Psychology and Law Program at Stanford University.

Kassin is coauthor of "Social Psychology" (now in its fifth edition). He also has authored or edited many other books and has written numerous articles on the topics of social and cognitive development, and on the psychology of jury decision making, eyewitness testimony, police interrogations and confessions, and other aspects of law. He has served on the editorial boards of several major journals. Away from work, Kassin has an insatiable appetite for sports, politics, rock music, travel, and ethnic food.

Frederick Gibbons is Professor of Psychology at the University of Connecticut and Research Affiliate at the Center for Health Intervention and Prevention. He previously served on the faculties of Dartmouth College and Iowa State University, where he was Distinguished Professor of Psychology. Dr Gibbons is a health-social psychologist, whose research focuses on psychosocial factors related to health status and health behavior. 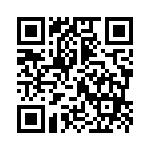