K. Moti Gokulsing is Senior Visiting Research Fellow at the University of East London, UK. He is the co-founder and co-editor of the journal South Asian Popular Culture published by Routledge. His publications include Soft-Soaping India: the world of Indian televised soap operas (2004).

Wimal Dissanayake teaches in the Academy for Creative Media at the University of Hawaii, USA. He has published widely on Indian cinema, and is co-editor of Popular Culture in a Globalised India (Routledge 2009) with K. Moti Gokulsing. 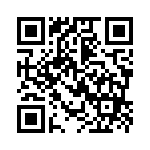