Page 34
THE ANATOMY OF RACIAL INEQUALITY SOME GOOD QUESTIONS At this
point, a reader may be asking some questions, such as: 1. If the racial markers
are truly arbitrary, then why are the blacks so often on the short end of this
process?
Page 37
But what about those good questions? I will address them in turn. The self-
confirming feedback process just illustrated treated each instance in isolation
from the others, made no mention of history, and ignored factors like prejudice
and ...
Page 114
A question of fundamental importance is raised in this literature — a question
concerning the right ordering of relations between the state (which has a
monopoly on the legitimate exercise of coercion) and the citizenry (which must
live with the ...

Boston University professor Glenn Loury was educated at Northwestern University and the Massachusetts Institute of Technology. Loury has taught at Harvard University, Northwestern University and the University of Michigan. He is currently on the commission for the National Academy of Science and was elected vice president of the American Economics Association in 1997. Loury has contributed writing to The New York Times, Wall Street Journal, Washington Post and National Review. He also is an editor for The New Republic. Loury's book "One by One, From the Inside Out: Essays and Reviews on Race and Responsibility in America," which won the 1996 American Book Award and the 1996 Christianity Today Award. He has also received a Guggenheim Fellowship. 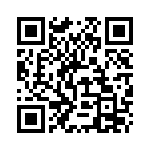