A great book on the history off science from a master story teller. After reading this book I was Grief stricken for not choosing science as a career of choice. After reading the paper back, I brought ... Read full review

What an awesome book! I loved Bryson's humor scattered throughout, and I loved how he was able to make very complicated scientific concepts simple enough for a layperson to understand without once being condescending about it. Everyone should read this! Read full review

Bill Bryson was born in Des Moines, Iowa, in 1951. He settled in England in 1977, and lived for many years with his English wife and four children in North Yorkshire. He and his family then moved to America for a few years but have now returned to the UK. He succeeded Sir Peter Ustinov as Chancellor of the University of Durham in April 2005. His bestsellers include The Lost Continent, Neither Here Nor There, Notes From a Small Island, A Walk in the Woods, Down Under and, most recently, A Short History of Nearly Everything which won the Aventis Prize for Science Books in 2004. 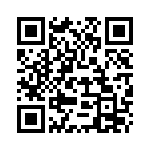