Page 77
men impartial , intelligent , and of characters highly respectable . The indictment
was of uncommon length , and contained no less than nine overt acts of high -
treason , ' all resolvable into the general charge , that these persons did conspire
to ...
Page 225
The chief author of this event was Descartes ; who , though less sagacious , less
profound , and less circumspect than Bacon , has perhaps eventually been a
greater benefactor to Philosophy . By the freedom of his speculations and the
bold ...
Page 250
... less frequent , less intense , less permanent than the uneasiness and
satisfaction which we feel for those around us , and by which we are stimulated to
act , as we feel , in their behalf . " A man , " says the author of Ecclesiastes , “
cannot find ... 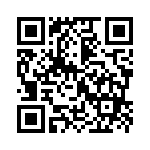