Democracy and Liberalism In the second volume of his work in political theory Francis Fukuyama contemplates the development of democracy and it's main characteristics (modern state, rule of law and ... Read full review

This book does not adequately consider the exceptionalism of South Africa, the only African country where there was a substantial colonial creation of a state, and regimes that employed notions of the ... Read full review

Francis Fukuyama is the author of The End of History, The Great Disruption, Our Posthuman Future, State Building, After the Neocons, The Origins of Political Order and Political Order and Political Decay. All have been hugely influential international bestsellers, translated and published in many languages. He is Olivier Nomellini Senior Fellow at the Freeman Spogli Institute for International Studies, Stanford. 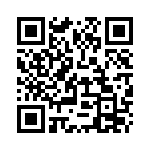