Here is a carefully and cautiously written biography of the dancer/actress/politician, paying particular attention to highlight her positive attributes and hardly mentioning the negatives. This is how ... Read full review

A writer-journalist and film-critic, Bhawana Somaaya is the recipient of the Mahila Shiromani Award (1990) for her contribution to the field of journalism and her various prominent titles published over the years. She has regularly contributed to various columns in Sunday Observer, Afternoon, Janmabhoomi Pravasi, The Hindustan Times, The Hindu, The Pioneer and Newstime. She is also the author of well-known titles such as Amitabh Bachchan - The Legend, Salaam Bollywood, Take-25, The Story So Far and Cinema: Images & Issues. 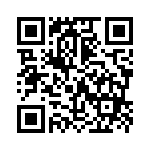