Narendra Luther is an authority on the history and culture of Hyderabad. A former bureaucrat, he has held several senior positions in the Government of India as well as in the State Government of Andhra Pradesh. He has also translated Sidq Jaisi's Darbaar-e-Durbaar into English, titled The Nocturnal Court: The Life of a Prince of Hyderabad (OUP, 2004). 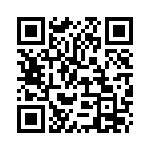