Really good textbook. Has a chapter mostly copied and pasted from Wikipedia though. So you may as well just go to Wikipedia and the free updated version.

Professor Palmer is one of the UK's leading public health figures. He is the former Regional Epidemiologist for Wales and was appointed to the Mansel Talbot Chair in Epidemiology and Public Health at the former University of Wales College of Medicine in 1998. He has led field investigations of many zoonoses outbreaks and has published widely on communicable disease control.
In addition to being Head of Department of Epidemiology, Statistics and Public Health at Cardiff University, in April 2003, he joined the new UK Health Protection Agency initially as the founding director of the Chemical Hazards and Poisons Division and Director of the HPA's, Local and Regional Services. Then he was Head of Profession for Epidemiology until June 2010.
On 1st July 2010 Professor Palmer was been appointed Cardiff University's first Archie Cochrane Chair in Epidemiology and Public Heath. 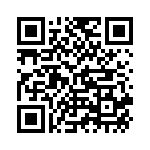